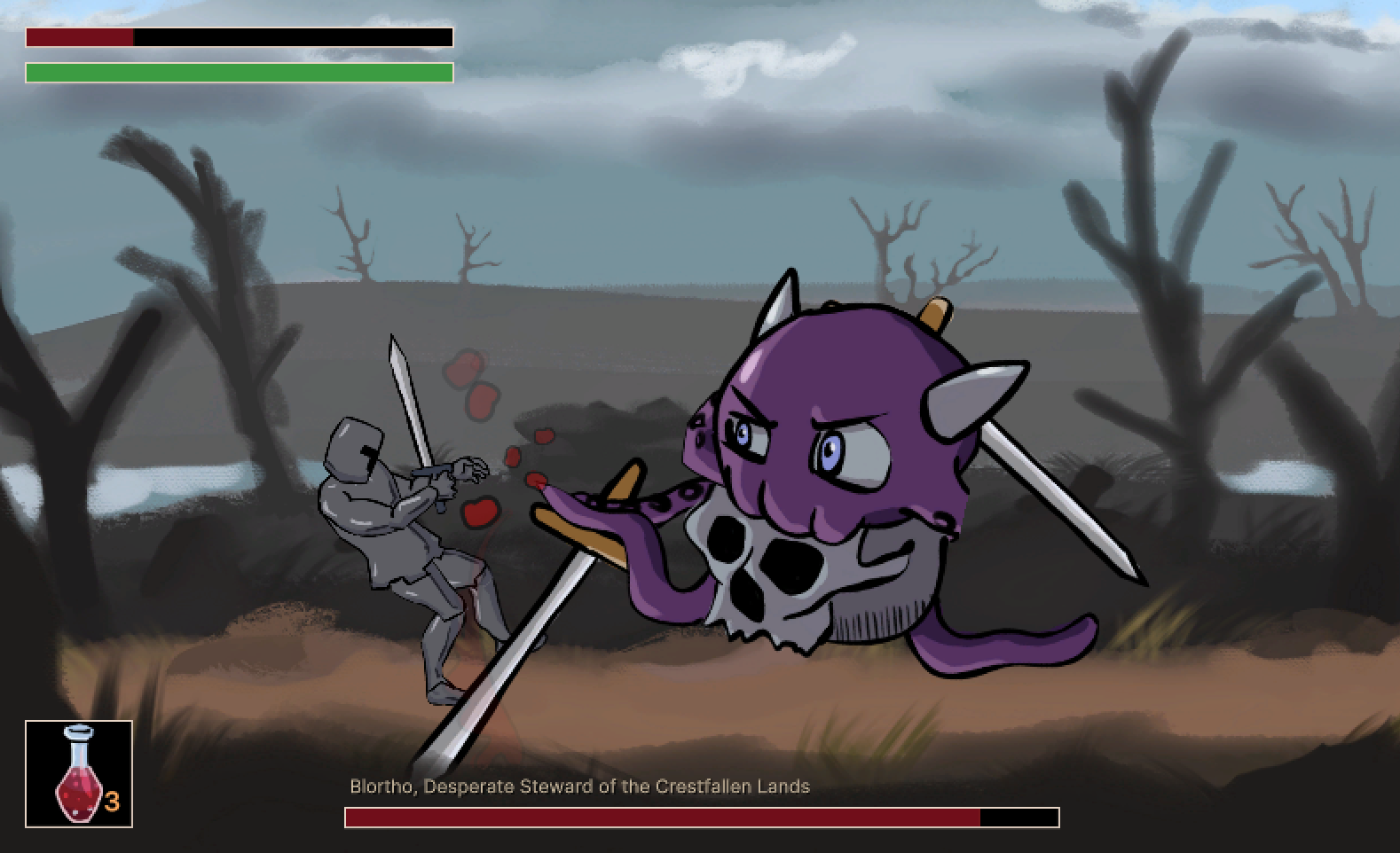 This is a game jam-style prototype (play in browser here) I made based around the concept of "Dark Souls, but you can't move". I was watching people play Elden Ring on twitch a few months ago, and I noticed that people tended to circle around a boss constantly, but then the boss would just swivel to wherever they were anyway so it didn't seem to me like the movement was actually all that necessary to the mechanic. I wanted to see if it would still be fun if you simplified it to just dodge/roll and attack. I haven't played the Souls games much, other than I think Dark Souls 2 for a couple hours many years ago, so I can't vouch for this being a very authentic Dark Souls parody.

I do feel guilty that there's no win condition, since if somebody puts in the effort to actually beat this then they should get a reward. Maybe I'll try and muster the energy to draw something for that soon, but I'll probably get distracted.

The animations are done with Unity's 2D bone stuff, which was a new workflow for me and I definitely set it up wrong, so if I wanted to do any more work on this I'd probably have to redraw and re-rig everything. I think if I could nail the workflow it would be pretty fast to churn out content though. I am happy with the animations I came up with, to me they feel pretty snappy and the monster telegraphs his moves effectively enough.

I applied my usual extreme laziness to the artistic process here, and drew everything very quickly without iterating or cleaning it up at all (especially visible in the background). Probably it would look a lot better if I iterated on the art, but I guess I don't enjoy that very much.

Anyway, I think it's fun that Dark Souls reduces down to what is basically Mike Tyson's Punch Out. I'm sure somebody has made a fantasy style of that game before, but I don't think I've heard of it.

Putting this up on itch.io was also enlightening. They must get 50+ games uploaded per day, so you don't get any visibility for free unfortunately. But they do make it seamless, no complaints about the UX there. 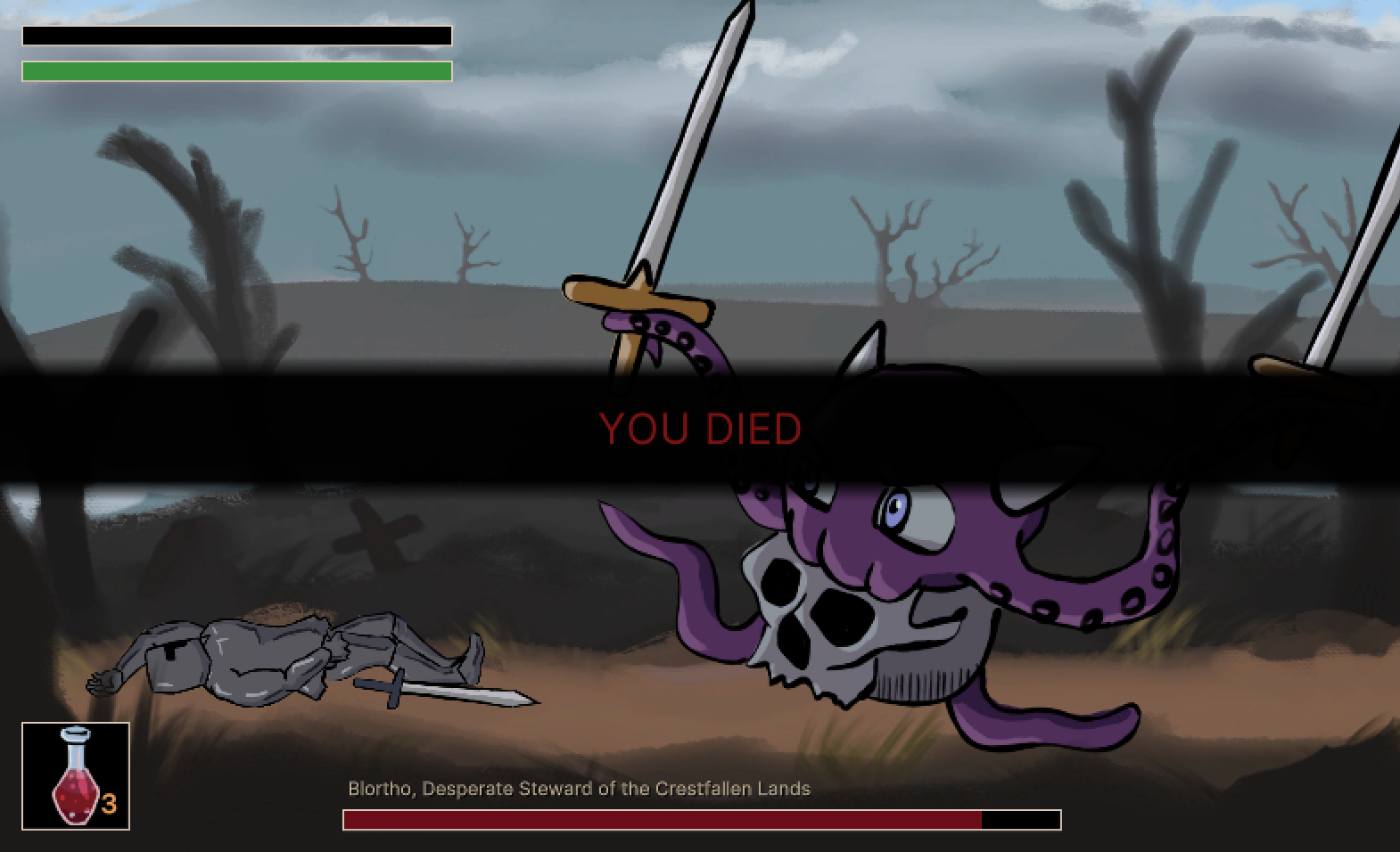