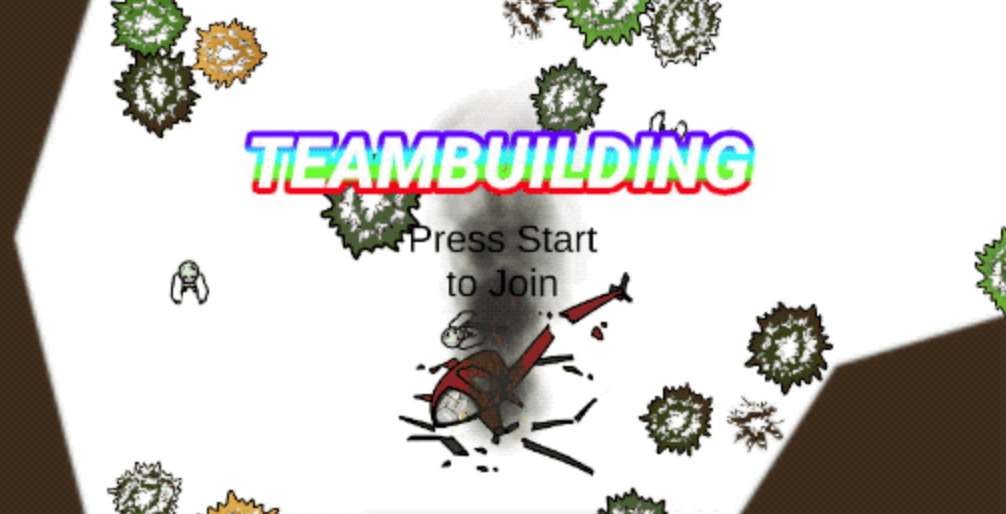 This was a game I worked on with some friends, but it just didn't play as fun as it had seemed in our heads. I think there's a fun game in here somewhere though.

The idea was an office teambuilding retreat where your helicopter crashes and for some reason there are zombies. It was local multiplayer, basically a twin-stick shooter type thing where you have to find weapons, but you can also cut down trees and turn the wood into barricades for times when there are big waves of zombies. There was going to be a sort of jokey narrative about teambuilding exercises while you were fighting off zombies. It all worked, but for some reason it just wasn't that fun. I think maybe we didn't have the balance quite right, or the controls weren't satisfying, or our very home-brew programmer art was not making it seem like a real game. Something like that, anyway.

Here's how the barricades worked in an early version:

And here's what the game ended up looking like, this doesn't show the waves of zombies though unfortunately: