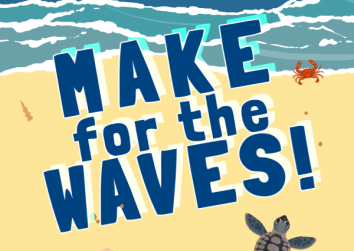 Make for the Waves!

Race your turtle friends to the ocean!

Make for the Waves!

This was our Global Game Jam 2019 entry, with largely the same team as Trainsmission. We decided to use AirConsole which lets you play local multiplayer using your phone as a controller. I think they were doing a contest at the time, and if I recall correctly we got an honorable mention. Our concept was that you are all baby turtles who hatch and race to the ocean. You control your turtle by tapping on each side of your phone to make them sort of shuffle forward. If you want them to go left, you tap more on the left, etc. There are also obstacles like crabs that get in your way.

I think it's a pretty well put together little game. We actually spent a few weekends after the jam polishing it up and released it on AirConsole. Over 3 years I think it's made something like $600, although our team was 5-6 people so that's spread pretty thin.