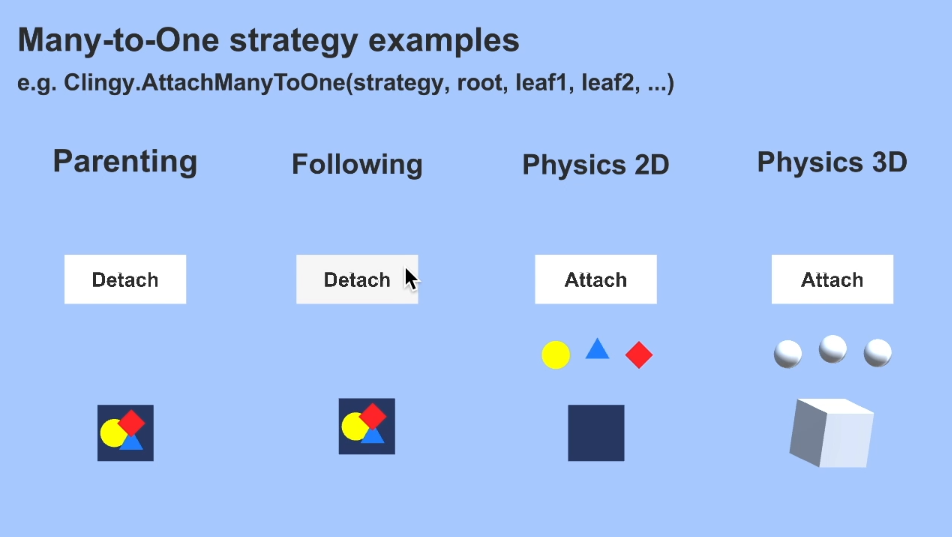 When we were doing a short-lived experiment on what Shitty Voltron could be as a full-fledged game, I started working on this Unity asset to try and make complicated attachment situations easier. This was for things like having an object with detachable arms and legs. You end up having to switch things from being physics-based to non-physics and back, create and destroy joints in the right locations, etc, and managing that can get pretty complicated. I spent a while on this but honestly it stopped being fun at some point and, while it worked okay, it was pretty hard to understand how to use it and what situations you might want it for. If you were doing something fairly easy it could actually add complexity just to use my asset. So I got it polished up for GitHub but I think very few people ever used it. For me, a lesson that sometimes giving up on projects is the right thing to do!

I did make a few cool prototypes with Clingy to test it out. Here's one where I'm using it to do base-building with castle parts: