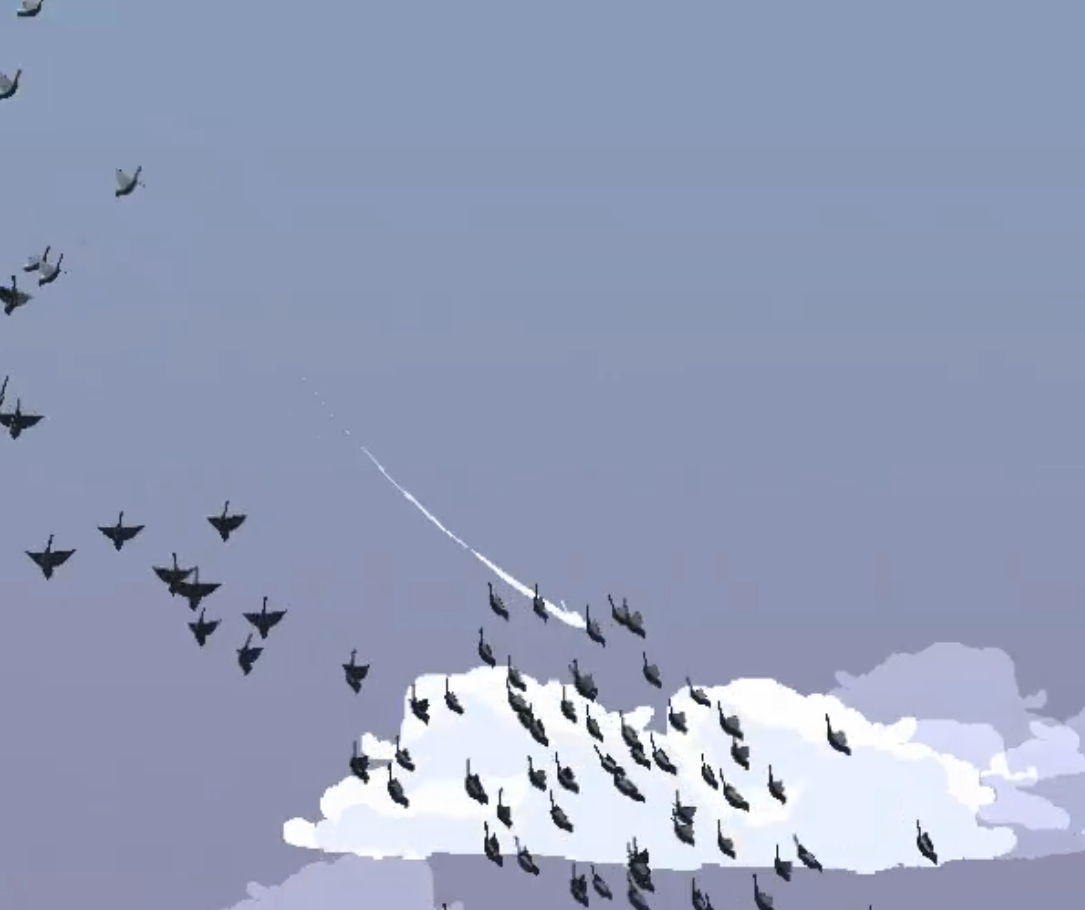 Based on the Chapman School swifts in Portland.

This prototype looks pretty cool now that I've got some distance from it. The idea was that you're a bird and you're flocking around with the other birds, trying to avoid getting preyed on by hawks. Originally I was thinking it was some kind of asymmetric multiplayer thing where one person plays the hawk and you could avoid getting eaten by staying close to other non-hawk players, which is how it works in real life - it's harder for the predator to track a single object in a group. But a single-player thing seemed easier so I did that instead, and played around with various mechanics like staying inside a flock to get boost, and shooting birdsong at hawks like you're a fighter jet or something. Surely there's something fun in here, but I gave up before I found it.