By Oliver Smith, Thom May

The (Money) Making of Puncho Fighto

(This is part two of my post-mortem on an iPhone/iPad fighting game I released in 2012. Here's part one, which talks about development.)

(Also, if you want to try it out a 2-year-old mobile game, it is currently free to download!) 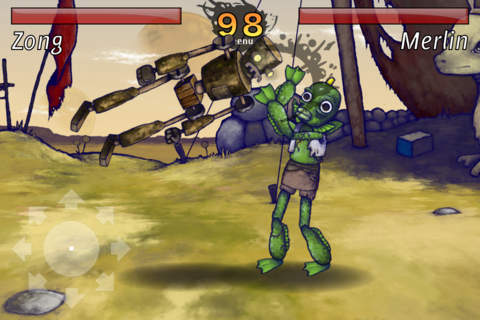 I "marketed" the game by posting on Facebook, and then sent some jokey emails to a handful of game review sites. One of them was kind enough to write a review (3.5 stars), and I thought what they said was pretty fair. I also started a thread on the Touch Arcade forums. Doing that made me realize I should have started a dev blog much earlier, since people gave me good feedback and even wanted to help beta test and market me a little bit - so that was really nice. One guy went above and beyond to help and kept asking me about the game for a while after. I had been working mostly in a vacuum and barely even showed the game to my friends before release. I probably should have tried to find more local playtesters, but to be honest when I got feedback it was usually things I didn't have the resources or time to implement, like more characters, cool particle effects, different game modes, etc.

From Facebook friends and from showing up in the iOS "New Releases" list I got about 100 sales at $1 each on the first day, with rapidly dwindling figures after that. A week or two later I released a free version of the game as a separate app. This was before in-app purchases and the "freemium" model were quite as big as they are now, but that would have been a smarter way to go if only to just have one thing on the App Store for people to find instead of two. The free app got some downloads but did not seem to translate into more sales of the paid version. 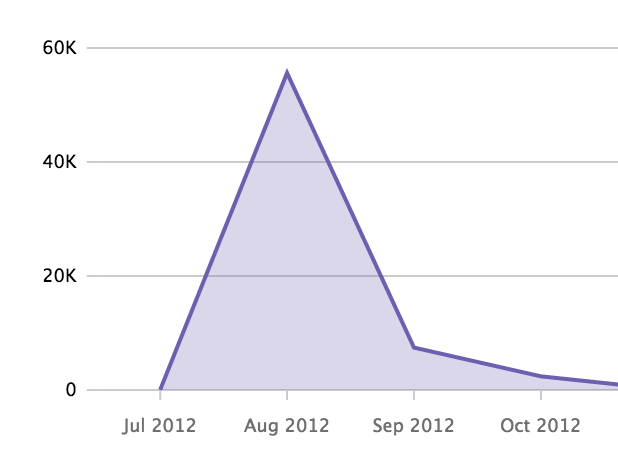 After a few months of the game doing poorly, I decided to try an experiment and set the price to free for a few days. Automated bots that scan the App Store quickly picked up on the price change and posted the sale to Twitter and other aggregator websites. At some point a popular Chinese website reviewed the game (the link is currently broken for me) and gave it 3 stars. I asked a friend of a friend to translate for me, and from what I can tell they thought the game was okay but not terribly sophisticated, which I also think is fair.

The Twitter bots and the review caused downloads to spike all the way up to 20,000 in one day. The game briefly showed up on "New and Notable" lists in some countries, and hit the top 100 in Action and Arcade categories in a few countries too. Watching the Google analytics, I had as many as 100 people playing at once for a day or two, so that was pretty exciting to watch. In two weeks of being free I had 56,000 downloads and made $0 since the game had no ads. When I set the price back to $1 it was back to making a few dollars a day. At this point I should have implemented ads and made the game free, but I would have felt guilty showing ads to the people who had already paid for the game. Also, since most of the downloads were in China, I would have had to find a service that could deliver ads to China, and at the time I had trouble finding information on that. It's also pretty hard to find concrete info on how much money you can make selling ads. So I waffled and ultimately didn't put ads in the game.

The Chinese market is interesting because I don't see much feedback from it - I can see the downloads but Chinese users hardly ever leave reviews on the App Store. Also, despite far more free downloads from the Asia Pacific region, I have made almost ten times more $1 sales from the USA App Store.

I'm pretty proud that reviews left by users on the App Store have been mostly positive. The game currently has 4.5 stars over 97 ratings on the USA App Store. There has only been one really negative review, where somebody accused me of having people write reviews for me. I don't mind the 1 star rating but for the record I have never paid for a review, and I never even asked my friends to review the game, although maybe 5-10 of the USA ratings are probably from people I know who were just trying to be nice. I personally agree that some of the reviews are overly enthusiastic (maybe they are from kids?) but I definitely never asked anybody to write them. So there. :)

It does kind of annoy me that Apple chooses to show the 1-star writeup accusing me of things I didn't do as the first review, but there's nothing I can do about that.

Surprisingly, Google Analytics shows that the game is still a little bit active even after being left alone for a year. Here's the last month while the game was $1 (this includes the free, stripped-down version too): 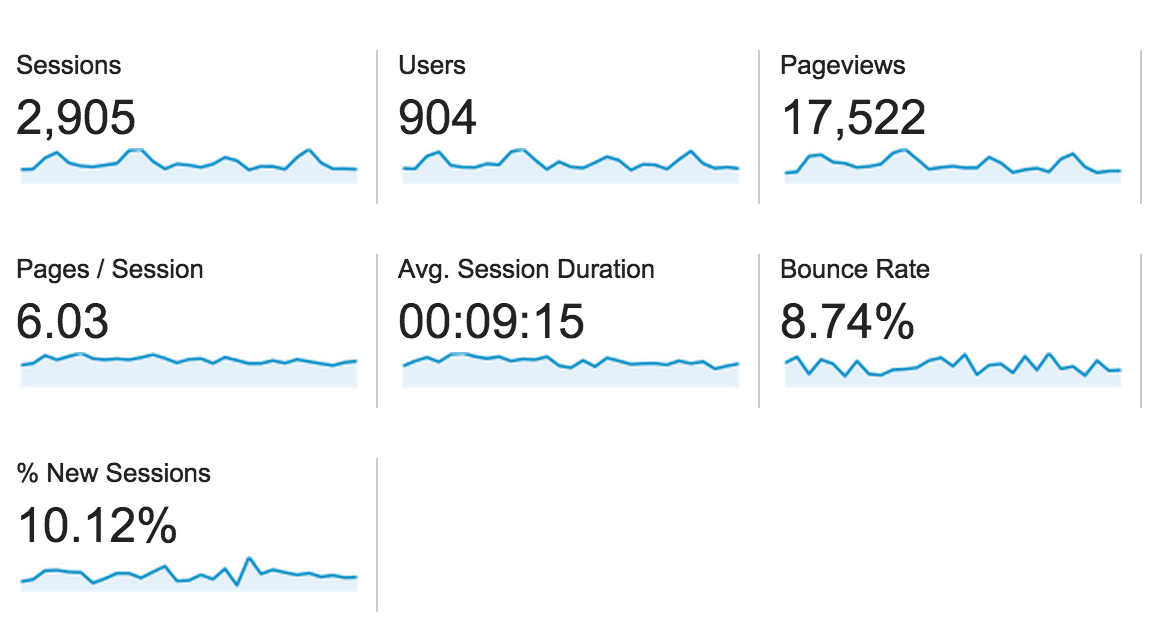 Obviously, this project was a big failure financially. However, it was pretty fun to make, made me a few friends and contacts in real life, and I think it looks decent on my resume. Plus I learned a lot and maybe entertained some people for a few minutes? Anyway, overall it was a positive experience where I didn't have to go to a real job for a while. Here's things I would do/am doing different next (most of which should have been obvious to me a long time ago, but oh well):

Anyway, that's it - if you want to know anything else about this particular game-making process just send me a note! Thanks for reading!